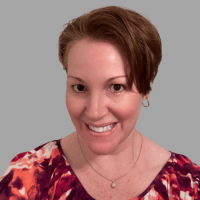 Joleen R. Fernald, PhD, CCC-SLP was awarded Board Specialty Recognition in Child Language from the American Speech Language Hearing Association. Joleen follows Greenspan and Wieder’s model, DIRFloortime® , when working with children and families and is a Training Leader and Expert Provider. She has a special interest in the social emotional development of young children and its impact on their speech and language skills. As a speech-language pathologist, Dr. Fernald works with children who have a variety of communication disorders. She partnered with Easter Seals NH in 2006 to begin an assessment and treatment clinic specifically for children with selective mutism and has recreated the model in the Tampa Bay area of Florida as well. She enjoys public speaking and has presented nationally on the topics of childhood apraxia of speech and selective mutism.

Lilibel Bernhardt is an Occupational Therapy assistant and a PhD candidate in organizational psychology with a focus on sensory integration in the workplace. She is devoted to being a fieldwork educator and teaching pediatric therapists how to efficiently work with children that fall under the autism spectrum. Her biggest interests are sensory integration techniques and emotional regulation techniques for children within a wide range of ages and diagnosis.

Due to her love for sensory integration and the similarities utilized between it and the Floortime Approach,  Lili has decided to pursue certification in Dr. Greenspan’s DIR model, in order to better support emotional development levels in children.  She has a special interest in teaching and training in order to support children and prepare them to go out into the workforce. She believes that the ability to communicate in all relationships that are shared among peers set the stage for a healthy foundation of lifelong learning. 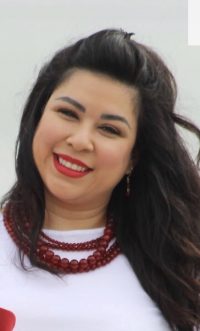 Emily Moniz has her degree in early childhood education and is currently working on her masters in special education. She has worked with children with special needs for over 15 years, and has been with REConnections since it’s inception.  She has a passion for working with our young learners, recognizing their individual differences, and helping each child progress in all areas of of their development. Emily is a homeschool mom of four, and is originally from Canada.

Reverend Chad C. Fernald was born and raised in the seacoast region of New Hampshire, where he lived until moving to Florida in 2014 with his wife Joleen and their daughters Cheyenne and Abigail. Chad graduated with a BA in History from Gordon College (1995) and earned his Masters of Divinity from Gordon Conwell Theological Seminary (2001). Chad was ordained in 2001 and currently holds his ordination through the Florida Conference of Advent Christian Churches. Chad has served on denominational boards in NH (2010-2014) and FL (2016-present) where he serves as a District President and Conference Vice President with the FCACC. Chad has served in pastoral ministry for twenty years with congregations in Kittery, ME, Newfields, NH and Dover, NH, as well as having taught 9 th -12 th grade at Portsmouth Christian Academy in Dover NH. In 2014 Chad founded Community Faith Network, a home based church ministry in Trinity, FL. where he serves as pastor/teaching  elder.  Chad is also a published author (Reflections on the Cross 2013; Living Wisdom:  Principles for a Life Well Lived 2016 and several journal articles) as well as a certified Life Coach. 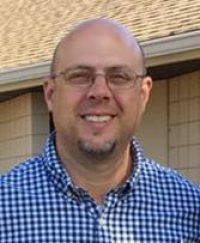 Please reach out to schedule a tour of our state of the art facility which offers multiple classrooms, various educational tools and sensory equipment to support learning.  During your visit you’ll meet staff, observe students, and discover more about our unique approach.